Subscribe to LexisNexis Quicklaw Full Service and Get Ahead

November 25, 2015 Lawyerist Comments Off on Subscribe to LexisNexis Quicklaw Full Service and Get Ahead

Every lawyer spends a lot of time doing research, and it can often be a rigorous and frustrating task. If you are a lawyer who needs a better way to conduct that research, it’s time to look in to LexisNexis Quicklaw Full Service.

Full Service is a comprehensive legal research tool suitable for anyone who works in a law firm. Full Service gives you access to Canada’s most powerful online search engine and is certain to change the way you look for the legal content you need.

There are so many benefits that working with Full Service will bring to you and your firm. You’ll have access to the most thorough collection of court decisions, legislation, legal commentary and news, dating all the back to the 1800s across all Canadian jurisdictions.

With a subscription to Full Service, you’ll be able to learn more than ever about a topic, and you’ll always be up-to-date on news and case developments, which means you’ll be far ahead of the competition. And you’ll always know that you’ve done the most comprehensive research because you’ll have access to over 800 Canadian and international law journals, as well as more than 100 NetLetters™.

Once you’ve completed all this research, you’ll be able to quickly and easily cite all your work with QuickCITE™ Case Citator. This will validate your claims with references to the most relevant legislation.

Another feature of Full Service is QuickFind™ with Auto Link, which will help you scan your work for citations and turn embedded links in to full-text documents.

Sibling Rivalry: Can You Contest the Will of Your Parents?

November 21, 2015 Lawyerist Comments Off on Sibling Rivalry: Can You Contest the Will of Your Parents?

Not everyone can challenge a will in NSW. The probate laws state that only “interested persons” are able to challenge a will, which include spouses, heirs, beneficiaries, creditors, children, and relatives. This means that only those people who have a solid “standing” have the right to contest a will.

The chilling thing about sibling disputes over an inheritance is that it can lead to a dreadful family rift as tensions emerge. While it is possible to challenge a will, you must understand that any person is entitled to leave their assets and estate to whoever they want to, which is overruled by any verbal promises the deceased may have previously made. Everyone has the right to exclude people as beneficiaries such as their children or spouse, but interested persons have an equal right to contest a will.

Challenging a will can be one of the most complicated areas of law. For instance, business contracts are grounded in facts. A will, on the other hand, is grounded in personal decision. It is inevitable to have people getting upset because of an unfair will. This is particularly common among families and would-be beneficiaries.

Can a Step-Child Contest a Will?

The law treats a step child as a child as far as contesting a will is concerned. However, stepchildren are not automatically eligible and will need to prove that they were once dependent of their step parent and lived under one roof. This can be difficult to prove especially if the marriage occurred late in their parents’ lives.

Under the law, you do not cease to be the step child of a step parent even after the passing of your parent. However, if your parent divorces your step parent, you are no longer considered a step child and will not be eligible to contest a will.

Minor children and spouses are protected by the law. Assuming that money is available, whatever financial support they are entitled to receive under state law, they will get regardless of the will of the deceased.

When the name of a child is not mentioned in the will, it is often considered by the court as a mistake or inability to update the document. The court will not keep people from getting inheritance they deserve.

It may be cruel to disinherit a child but people have reasons for doing so. At times, the parents think that the adult child is well off and does not need inheritance. Other times, there is no longer a relationship between the child and the parent.

There comes a time when the role of a parent and a child are reversed and the child takes on the responsibility for taking care of his or her parents. The parent may feel indebted to his or her child and as a result, fails to mention the other children in his will. Depending on the situation, the other children have the right to contest the will of the parent.

November 14, 2015 Lawyerist Comments Off on Guidelines for Filing Your Workplace Fall Claim

To file a claim for compensation for a workplace accident that you experienced you must have the proper documentation submitted quickly after it happened. This will assure you of more accurate details and receiving a timely claim that can help you to pay your bills. No one expects to suffer a fall and be injured at work, but if this has happened to you, you should follow some helpful guidelines that can make the claim go much more smoothly. Your workplace equipment should be inspected regularly and deemed safe for use, but if something went wrong you want to be able to file a claim with your solicitor that makes life just a little less stressful for you. Let’s look at some guidelines to use that make filing your claim an easier task. 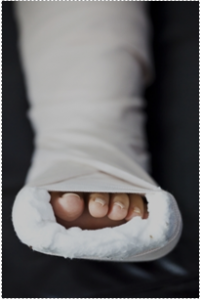 Hire an Attorney to Defend Yourself

November 7, 2015 Lawyerist Comments Off on Hire an Attorney to Defend Yourself

At some point in your life, you may find yourself being accused of a crime. This can be a very scary and difficult situation to be in. This is especially true if you are completely innocent of the charges against you. If you are ever in this situation, it is critical that you find the best criminal defense attorney to take your case. The attorney that you choose will be all that stands between you and being convicted of a crime. Your attorney can help you to avoid fines, jail time and a criminal record that will haunt you forever. Here is why it is so important to hire an attorney to defend yourself who has many of years experience as a defense attorney.

1. Have the charges dropped

This is the most desirable outcome if you have been charged with a crime. If your criminal defense attorney is good enough, he or she will be able to assemble a case that provides proof that is compelling enough to get the case against you thrown out of court and the charges dropped. Defense attorneys will also look for loopholes as a way of getting the case against their client thrown out. For example, the police mishandling certain key pieces of evidence could be enough to get your case dismissed. It is your defense attorney’s responsibility to explore every possible avenue in order to win your case.

2. Have the charges reduced

Criminal defense attorneys will also work tirelessly in order to have the charges against their clients reduced significantly. This is important because if their client does eventually get convicted, the punishment will not be as severe. Having the charges reduced often comes as a result of the defense attorney coming to a plea deal agreement with the attorney who is prosecuting the case. If you are in the process of finding an attorney in Detroit, you should stop by http://www.federalcriminalattorneysofmi.com/contact-us.php to gather info on attorneys you might want to hire.

It may not be possible for your defense attorney to get your charges dropped. Therefore, you will be going to court unless your attorney can work out a plea deal. If your case goes to trial, it will be up to your attorney to assemble evidence that supports your innocence. Expert and character witnesses may also need to be called to testify on your behalf.

Lawyers in Your Life

November 2, 2015 Lawyerist Comments Off on Lawyers in Your Life

The field of personal injury

November 2, 2015 Lawyerist Comments Off on The field of personal injury

Personal injury lawyers make up a large percentage of lawyers in the legal world. This makes sense as the field of personal injury is so large it easily accommodates the high number of lawyers who focus in this area. Personal injury is very complex and often allows a lawyer to specialize in specific sections within personal injury and still make a respectable living. From aggressive to negligent torts, personal injuries can be very in depth matters that require the expertise of a lawyer to successfully navigate a strong approach for filing a claim and proving their client’s need for justice in the courtroom. 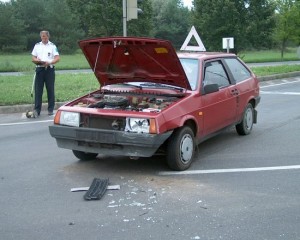 To break it down even further, different cities or areas have varying needs. For example, a city like Nashville, TN or Pittsburgh, PA would likely see more personal injury cases involving trucking companies, but a small tourist town like Edenton, NC would probably see more slip and falls because their colonial-age site-seeing locations. So a Nashville TN personal injury lawyer will be more adept at handling motor vehicle crashes and fighting defenses of large companies who often have a legal department that minimizes damages against the company. An Edenton NC personal injury attorney would be more focused on property damage and a greatly reduced volume of vehicle crashes.

If you have been injured and are looking for a personal injury lawyer to file your claim for you or settle an issue, keep these points in mind. You will want an attorney that specializes in your particular kind of injury or at least has a lot of experience in it, especially if you were injured by a company. Finding the right personal injury lawyer for your needs can be daunting and time consuming, but taking the time to research and find the appropriate lawyer that suits your needs will make a huge difference in your case and can result in receiving the proper compensation for your injury.