How to Get the Most from Your First Meeting with a Family Law Firm?

March 23, 2017 Lawyerist Comments Off on How to Get the Most from Your First Meeting with a Family Law Firm? 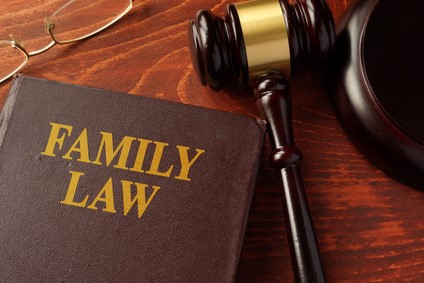 The end of a relationship is always distressing. One of the first places to call when you are separating from your partner is your family law firm. How can you ensure that you get the most out of that important first meeting at a time when you are feeling vulnerable? Don’t be nervous, your family law firm is there to represent you and get you the best outcome that they legally can.

There are several things your family law firm can help you with:
• They can recommend other professionals like financial advisors, accountants, mortgage advisors and mental health practitioners to help you get back on your feet.
• They will represent you and your interests in negotiations.
• They will help you help you determine the best solution for your circumstances.
• They will explain your rights and responsibilities to you regarding the divorce proceedings, child custody and support, dividing property and financial affairs and spousal maintenance.

Preparation is essential for your first meeting to make the most of the limited appointment time. You should provide details of both spouse’s names and addresses, their occupation, dates of the marriage starting and details of the relationship breakdown. Also provide the names and dates of birth for any minor children. Try to review your finances before the meeting, know the marital assets (property, investments, and pensions) and debts (loans, credit cards and mortgages). Endeavour to bring as much documentary evidence with you are you can. Bank statements, pension statements, and property valuations will help your lawyer get started as soon as possible. You should also bring any paperwork that you have received from the other party, or their solicitor to allow your solicitor to read. Take time to work out what your household budget was before the separation and what it will be in your adjusted circumstances. Your lawyer can’t represent you fully without full and accurate information, so do not withhold any details and be as accurate as possible. Your solicitor can request disclosure of these details if you were not party to your household budget.

Changes for Child Support Payments in 2017

March 9, 2017 Lawyerist Comments Off on Changes for Child Support Payments in 2017

Effective July 1, 2017, the Illinois Legislature will change the current formula that’s used to determine child support. For parents who pay child support, the new ruling may have a significant impact on child support payments.

After the court determines Total Family Income, child support payments will be compared to an average family with similar income and number of children. For example, if the Total Family Income is $75,000, and there are two children that require $25,000 for annual support, the court will consider each parent’s percentage of the total income. If the father is the parent who pays child support, and he makes 70 percent of the total income, annual child support payments would total 70 percent of the $25,000 spent on the two children, which would be $17,500 per year. The Court may also order money to cover a contribution to a child’s health care expenses, extracurricular activities, school expenses, and child care expenses.

Under the new law, spousal maintenance, formerly called alimony, Social Security, other retirement benefits, and Social Security Disability benefits will be considered income by the court. If either parent is unemployed, the court will look at the current Federal Poverty Guidelines established by the U.S. Department of Health and Human Services. In most cases involving unemployment, the court will award a minimum child support payment of $40.00 per month per child.

Under new rules, calculating “parenting time” between both parents will also be based on a specific formula. To calculate a shared income obligation, the court will consider the percentage of parenting time for each parent spent with the child or children. If a parent physically takes care of the child or children for a minimum of 146 overnights per year, the basic child support obligation will be multiplied by 1.5 percent to determine Cook County child support enforcement.

How to Sue a Big Company

March 1, 2017 Lawyerist Comments Off on How to Sue a Big Company

5 Ways to Avoid an Accident with a Commercial Truck

March 1, 2017 Lawyerist Comments Off on 5 Ways to Avoid an Accident with a Commercial Truck

In 2014, nearly 4,000 fatalities occurred on the highways as a result of accidents involving a commercial truck. And, according to the National Traffic Safety Institute (NTSI), over 200,000 collisions involving at least one passenger car and a large truck happen annually in the United States. These large machines are hazardous, even in the hands of the safest drivers. Should you be unfortunate enough to be involved in an auto accident with a commercial truck driver, you have the right to develop a case against the driver of the vehicle, but also the trucking company or owner of the vehicle.

The operators of commercial motor vehicles who have a commercial driver’s license are obligated to follow driving limits as set by the Federal Motor Carrier Safety Administration (FMCSA). As such, they should:

Accountability is a stable for managing commercial drivers, and those with a CDL license and related occupation must maintain time logs that indicate when they have driven and when they have taken breaks. Third party lawsuits rely on these time logs when it is necessary to prove that a driver went over their mandatory limits for awake time or driving time. This choice results in being blamed for negligently operating a commercial motor vehicle.

While it would be easy to blame all accidents with commercial truck drivers on the operator of the larger vehicle, more than 60 percent of all fatal collisions involving automobile and large trucks note that the driver of the automobile contributed to the cause of the collision, says NTSI.

If you are involved in an accident with a semi-truck, contact your personal injury attorney immediately to get support for your case.