4 Celebrities that Show that No One is Above the Law

Whenever a celebrity is arrested, it’s easy to shrug off the convictions and assume they will never face any actual consequences. After all, how many times has Justin Bieber been stopped by the police and walked away scot-free? It seems like money and notoriety can get you out of anything. However, this isn’t always the case. Even if they don’t go to jail, many celebs pay for their crimes through hits to their reputations or lifestyles. Here are four celebrities who fought the law — and the law won. 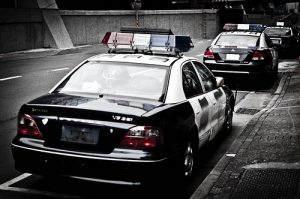 Lohan is one of the first people who comes to mind when anyone talks about celebrities getting into trouble with the law. Lohan seems to constantly be in court for cocaine possession, disturbing the peace, and other questionable behavior. Needless to say, this one-time Disney star is not a role model that parents want their kids looking up to.

Lohan’s first arrest actually came from a DUI in 2007. It’s easily one of the most Memorable Celebrity DUIs of our time because it set off a laundry list of criminal problems for the star. Almost 10 years later, Lohan is still struggling to stay sober and on the right side of the law.

McConaughey is known to be a laid-back celebrity, so it makes sense that his criminal charges would center around him relaxing at home. Back in October 1999, police arrived at McConaughey’s Texas home with a call of a noise complaint. They found the actor sitting naked and playing the bongos. While that isn’t a crime (at least not in your own home), marijuana use is.

For the most part, McConaughey’s reputation has bounced back, but the star did learn a valuable lesson about respecting his neighbors’ right to sleep at two in the morning.

Downey Jr. can give Lindsay Lohan hope for the future. If he can get out of his rut, she can, too. Between 1996 and 2001, the Iron Man star racked up a list of arrests related to cocaine, heroin, and marijuana. After the first arrest, RDJ was sentenced to three years of probation. The next year he violated his probation and was sentenced to six months in prison.

In 2015, the actor was officially pardoned for his crimes by California’s governor. Today, he is worth $180 million.

In 2006, The Hills actress was arrested for shoplifting more than $1,300 worth of clothing. Pratt was only 20 at the time, and she and a friend were taken to police headquarters where their bags were searched — and drugs were found. This added to her charges.

Even when she was filming on The Hills, the actress struggled with the law. She received a DUI and had to agree to a 30-day rehab program in order to continue on the show.

These weren’t the first celebrities to get arrested, and they certainly won’t be the last. Fame offers a lot of temptations, and it’s easy to think you’re immune from the law — until the law catches up with you.